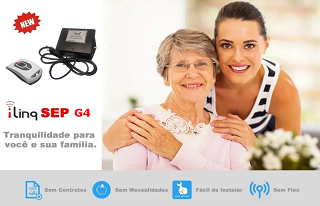 In order to use the XML Data Access Service for Service Data Objects, you will need to understand some of the concepts behind SDO: the data graph, the data object, XPath and property expressions, and so on. If you are not familiar with these ideas, you might want to look first at the section on SDO.

The job of the XML DAS is to move data between the application and an XML data source, which can be either a file or a URL. In order to do this it needs to be told the location of the XML schema, which is passed as a parameter to the create method of the XML DAS. The schema is used to ensure conformance of XML being written out, and also to ensure that modifications made to an SDO originating from XML follow the model described by the XML schema.

The SDO XML Data Access Service requires PHP 5.1 or higher. It is packaged with the SDO extension and requires SDO to have been installed. See the SDO installation instructions for the details of how to do this.

The XML Data Access Service is packaged and installed as part of the SDO extension. Please Refer SDO installation instructions.

The following examples are based on the letter example described in the SDO documentation. The examples assume the XML Schema for the letter is contained in a file letter.xsd and the letter instance is in the file letter.xml. These two files are reproduced here:

This will emit the following output (line breaks have been inserted for readability):

The XML DAS provides three classes. The SDO_DAS_XML which is the main class used to fetch the data from the XML source and also can used to write the data back. The next one is SDO_DAS_XML_Document class, which is basically useful to get/set the XML declarations such as encoding, version etc. And the last class is SDO_DAS_XML_ParserException which will be thrown for any parser exceptions while loading xsd/xml file.

This is the main class of XML DAS, which is used fetch the data from the xml source and also used to write the data back. Other than the methods to load and save xml files, it also has a method called createDataObject which can be used to create an empty DataObject of a given type.

This class can be used to get/set XML Declarations such as encoding, schema location etc.

Is a subclass of SDO_Exception. Thrown for any parser errors while loading the xsd/xml file.